The images below show the current state of the sky at the Observatoire populaire Mont-Mégantic, located at an altitude of 1,095 metres. 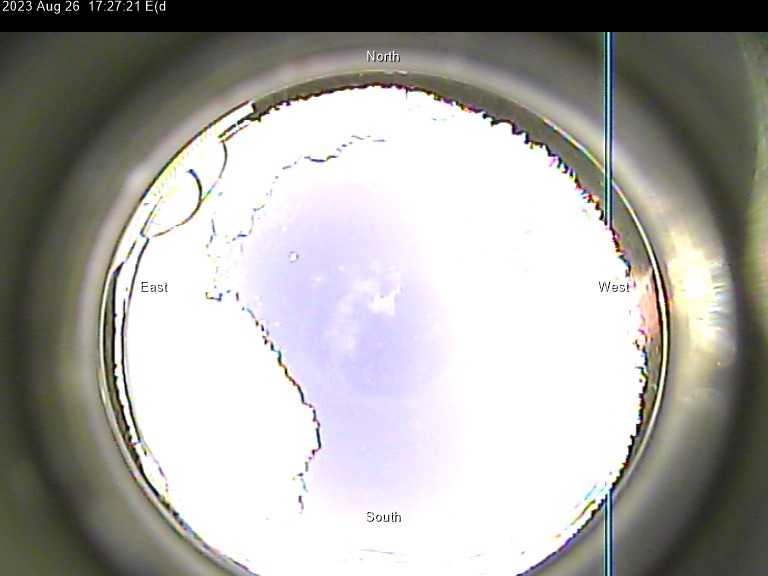 This satellite map shows cloud cover in infrared light and precipitation areas as extrapolated from radar echoes. The infrared light emitted by clouds allows orbiting satellites to detect them at night, unlike visible light, which they reflect only in the presence of the Sun. Radio light emitted by ground-based radars is reflected by precipitation zones, allowing them to be detected remotely. Mount Mégantic is located a few kilometres north of the Quebec-Maine-New-Hampshire junction. The table below is an extraordinary tool developed by Atilla Danko and Allan Rahill in collaboration with Environment Canada. It allows you to see at a glance what the meteo models have in store for the next 48 hours in terms of cloud cover, temperature, humidity, wind, transparency and scintillation. Developed specifically for the purposes of astronomy, the original site allows to consult the forecast maps and offers a host of other useful information for amateur astronomers.


Below, you can see interactive modelling of cloud cover for the next 24 hours.

To solve the Northern Lights mystery, we must first turn to our star. The Sun emits light, but it also emits matter: the solar wind is a stream of energetic particles whose intensity varies from hour to hour. When it arrives on Earth, this stream of particles is deflected by what we use as a space shield: the magnetic field.

Induced by the rotating metal nucleus of our planet, this field deflects the solar wind and prevents it from hitting Earth with full force. But it has a weak point: the poles. Depending on the density, speed and orientation of the solar wind, a greater or lesser proportion of the solar particles eventually enter the poles, thus colliding with the Earth’s upper atmosphere. Acting between 400 and 600 km above sea level, this “friction” energizes the gases of the atmosphere, which then emit the magnificent lights that we are lucky to witness on some beautiful starry nights.

Below you will find data on whether current and future conditions are favourable for aurora observation.

Geomagnetic activity forecast for the next 6 and 24 hours:

Several hundred artificial satellites are orbiting the Earth and although they are usually at an altitude of 400 km, it is sometimes possible to see them from the ground, because of their large solar panels that reflect the light of the Sun.You can find out the passage times of the brightest satellites and the International Space Station (ISS) in the sky of Mount Mégantic by consulting the following sites:

Located in the exceptionnal landscape of Mont-Megantic National Park, the ASTROLab is an astronomy activity centre devoted to making science accessible.
Visit Us